Kings XI Punjab jersey IPL 2019 KXI jersey links are placed here. The horror showing in the 2016 edition of the Indian Premier League notwithstanding – where the franchise from the north finished rock bottom as it collected just four wins in 14 matches – Kings XI Punjab are always a team to look out for.

To satiate the frenzy of the fans who go to great lengths to support their team, KXIP has tied up with various e-commerce partners to try to get its merchandise to fans from anywhere in the country. The official online partners who offer to buy Kings 11 Punjab merchandise are amazon.in and Flipkrt. The jerseys can also be purchased globally from cricketfanstore.com & thesouledstore.com.

Although the franchise offers a host of merchandise including t-shirt, Lassi Da Gilas and customized badges, the most popular is the replica team jersey which always sells the fastest.

Punjab has unveiled its new jersey for the upcoming edition of the IPL and it is very similar to the one it wore in the previous edition. They are bright red hue with a silver stretch along the sides. It is an eye-catching and attractive design which is one of the better ones in the IPL.

The replica match jersey for men costs about Rs. 2350 which is a bit more expensive than those priced by other franchises. Punjab also provides a stadium jersey for its fans which is more reasonably priced at Rs. 1499. Irrespective of the cost, KXIP jerseys are among the most sold items from the team’s merchandise and it promises to follow a similar trend again

The franchise has strengthened its squad during the player auction as it looks to turn around its fortunes.

The fans of this franchise from the state of Punjab are perhaps the most passionate. The energy of the crowd which throngs the Punjab Cricket Stadium in Mohali, which serves as the home ground for the Kings XI team, is almost unrivaled. The colors in the stadium and the deafening noise are all a sight to behold for any cricket lover in this country. Kings XI Punjab 2018 IPL jerseys and t-shirts now available using the above links. 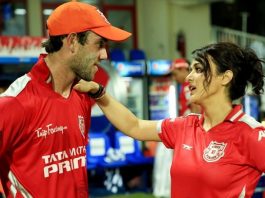 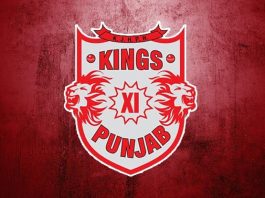 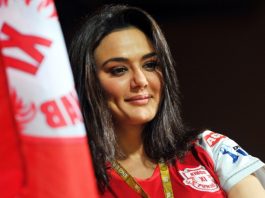 ABOUT US
The 2018 season of the Indian Premier League, also known as IPL 11, will be the eleventh season of the IPL, a professional Twenty20 cricket league established by the BCCI in 2008
Contact us: contact@iplt20.online
FOLLOW US
Powered by The First News