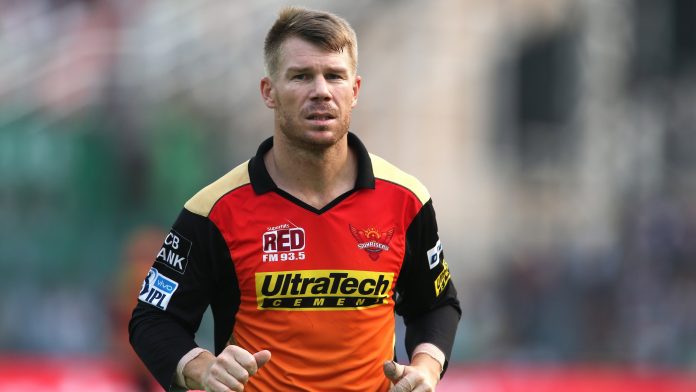 The Sunrisers Hyderabad have won the IPL once before and will look to add to that kitty when their squad kick-starts the 2018 edition of the competition. And by the looks of things the Hyderabad team has it in them to go all the way to winning the title in the 11th edition. Get your Sunrisers Hyderabad tickets before they run out from the options mentioned below.

IPL tickets Hyderabad 2018 booking will be made available on Bookmyshow. You can also buy IPL tickets in Hyderabad at the box office stadium and select retail outlets shown below. The home ground for the Sunrisers is in Hyderabad, which is the Rajiv Gandhi International Cricket Stadium. Last year, the starting price of the online tickets is Rs 499 going up to Rs 22,518.

After retaining David Warner and Bhuvneshwar Kumar, it was no surprise that Hyderabad went for opening batsman Shikhar Dhawan in the auction. Kane Williamson, another player who had been a part of the Sunrisers setup till last season but not retained, was brought back into the squad while they continued to hunt for fast bowlers for this season after having selected 11 seamers last year in their squad.

This season, the focus was on the Indian fast bowlers, with Sid Kaul, T Natarajan, Basil Thampi, Sandeep Sharma and Syed Khalil Ahmed joining Bhuvneshwar in the squad. And that wasn’t going to keep them from picking up another few overseas fast bowlers as well, which included England seamer Chris Jordan and Aussie lanky pacer Billy Stanlake.

Among those looking to break into the Hyderabad top-order will be Manish Pandey, who will want to score aplenty of runs to try and re-seal his berth in the Indian team, Yusuf Pathan, who was with Pandey in the Kolkata Knight Riders side, and Deepak Hooda, a spin bowling all-rounder who can hit the ball a great distance – something like what Pathan did as a younger cricketer.

The biggest overseas player, other than Warner to watch out will be Afghanistan’s Rashid Khan, who has continued to rock the T20 world across the globe with his excellent, quickish fast leg-breaks. Rashid could well be the game-changer for Sunrisers Hyderabad and might bring in the audience to the stadium as well, something not too many bowlers can claim to do in this format of the game.

With such a strong squad, the Sunrisers should be able to produce some good cricket in the 11th edition of the IPL. Watch this space as we bring you more on the ticketing front.

he Orange Army, as the fans so eloquently call them will continue to be led by the Australian David Warner. Fans who might have missed out on purchasing the match tickets online or from the above venues do not have to be disappointed as the available tickets can be bought on match days directly from the stadium. It is advisable for fans to book their seats beforehand to ensure no last minute issues, especially for important games like those against local rivals Royal Challengers Bangalore. Watching the likes of Warner, Kane Williamson, Rashid Khan and others will be a thrilling and pleasant experience at their home ground. It is recommended that you get your IPL 2018 tickets Hyderabad as soon as possible. Sunrisers Hyderabad tickets 2018 details is placed above.